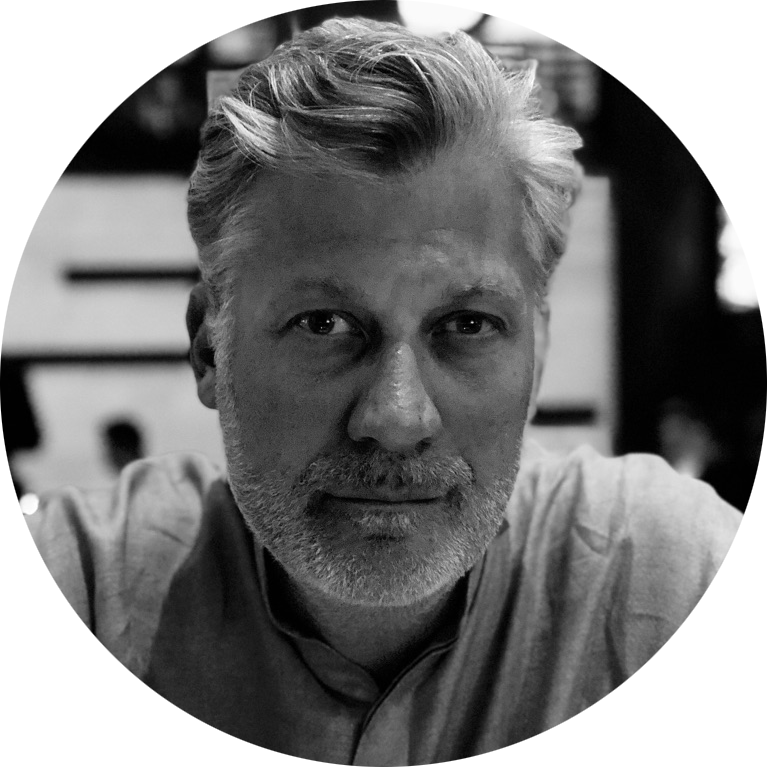 Professor Stefan Allesch-Taylor CBE, is a London-based financier, entrepreneur, charity chairman and philanthropist with over 25 years’ experience in business startups, turnarounds and public companies. He has served on boards in Europe and the USA as CEO, chairman or senior non-executive director for both public and private companies. He has served on the boards of companies in the property, retail, industrial, financial services, banking, asset management, hospitality, technology and medical sectors.

Stefan is a recognised advocate of using entrepreneurship as a force for social change and social mobility in both the UK and Africa. He is the chairman of Pump Aid, an international charity providing clean water and clean water solutions to Zimbabwe and Malawi. Since inception Pump Aid has provided over 10% of all rural water points for both countries, providing clean water to more than 1.3 million people. Pump Aid is a multi award-winning charity, winning Charity of the Year 2017 (International Aid & Development) at the UK Charity Awards for its self-supply entrepreneurial driven solution. The Charity has won financial support from the UK’s Department for International Development for the last five years and has partnered with many respected NGOs including UNICEF.

Stefan is the chairman of Team Up, a charity in the UK recruiting a volunteer network of university students to give tuition to the most disadvantaged children attaining their GSCEs in the UK. He is also the deputy chairman and co-founder of the Central London Rough Sleepers Committee (CLRSC), providing events and assistance to vulnerable homeless people in central London. Since its founding 10 years ago the CLRSC has provided events every two weeks and served over 10,000 meals in restaurant pop-ups. Stefan also chairs a number of social ventures and socially impactful startup businesses in the UK and South Africa.

Stefan is a supporter of diversity and new talent in film making, having been an executive producer on over a dozen short films and a feature, regularly adding to his slate. He is a partner and judge for the annual TriForce Short Film Festival, promoting diversity in film, held at BAFTA each year.

In 2016 he was appointed the first Professor in the Practice of Entrepreneurship at King’s College London, a globally ranked top 20 university. Stefan lectures and provides master classes at both the Business School and the Entrepreneurship Institute.

Stefan was appointed a Commander of the Order of the British Empire in the Queen’s New Year’s Honours 2014 for services to charity and philanthropy in the UK and Africa. 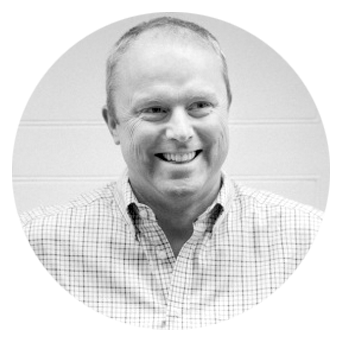 Matthew Gill has been part an executive director of a number of public and private organiszations, both public and private over the last 15 years in the US and United Kingdom. He has worked principally in corporate start- ups and turnarounds as CEO in a variety of sectors, including property, technology, food retail and financial services.

He is also a Co-Founder and Deputy Chairman of the Department of Coffee and Social Affairs Ltd. and is responsible for the roll- out and management of a growing number of artisan coffee -shops in Central London which sell, selling in excess of more than 1 million cups of coffee per year.

Matthew is a founder member of The Central London Rough Sleepers Committee and, providing free meals and support for the homeless in Central London. Since inception in 2008 it has served over 10,000 meals. He also serves as a Director of Pump Aid, an award winning UK charity that has provided clean water to over 1.3 million people in the poorest communities in rural Malawi and Zimbabwe. 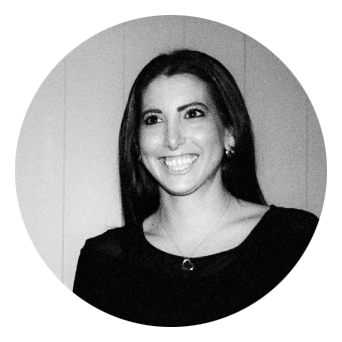 Ashley Lopez is a Chicago native who studied in Minnesota and subsequently in London. She became a Director of Department of Coffee and Social Affairs in March 2012. After spending a year heading up Human Resources Ashley moved to Chief Operating Officer in March 2013 and on 1 January 2015 she was appointed Chief Executive Officer.

Ms. Lopez led and executed the growth plan for Department of Coffee and Social Affairs, growing the business from two locations and ten employees to sixteen locations and one hundred and thirty employees within three years.  Ms. Lopez has acted as a strategic advisor to the Goldfinger Factory, an award-winning design, and up-cycling factory creating bespoke furniture and interiors.  In June 2015, she joined the Board of Business for Social Progress, a new forum established by UCL’s Institute for Global Prosperity, where business leaders discuss how to implement the United Nations Sustainable Development Goals in today’s business world.  In January 2016, she was appointed as a Trustee of the award-winning water charity, Pump Aid.  She is a Founding Member of the Central London Rough Sleepers Committee (“CLRSC”).  The CLRSC provides meals and services to the homeless and socially vulnerable in Central London and has served 10,000 meals since its inception.

Ms. Lopez holds a BA in Law from Winona State University, an MSc in Law & Finance from Queen Mary University, London and an MA in Management from the University of Westminster, London.  In July 2016, she was chosen as the UK business magazine, Management Today’s, top 5 businesswomen in the UK under 35 years old. 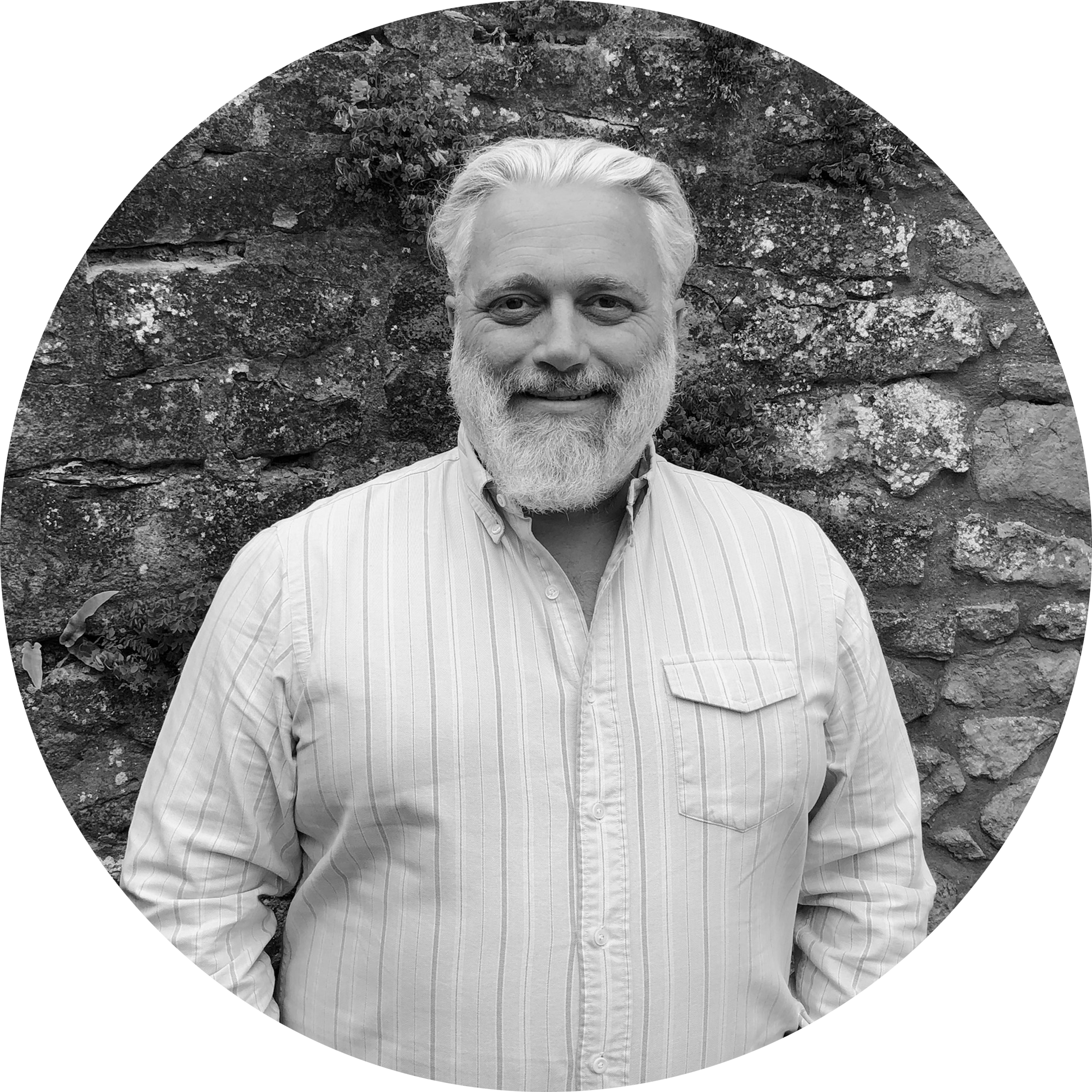 Charles Kay is a UK based entrepreneur and consultant. He has operated in Sales, Business Development and Customer Retention in both the public and private sectors. Charles is the co-founder and Chief Operating Officer of iSculpt, an innovative medical technology company and under 52VBL Ltd he holds a number of patents in defence medical technologies.

He spent the first half of his career in the Interactive Entertainment industry with companies such as Sega, Virgin, GT Interactive and Codemasters. With the advent of online, he specialised in developing methods of monetising content for gaming, music and film publishers with Exent Technologies and The Royal Bank Of Scotland. Since 2009, Charles has also undertaken various projects on behalf of the private office of Prof Stefan Allesch-Taylor CBE, a London based Financier and Entrepreneur. These projects have involved roles within a London based Investment Bank, as Commercial Director for a UK based financial services PLC and Communications Director of the award winning UK charity Pump Aid. CharlesHe also co-presents Stefan’s Social Experience Radio Show on London’s Soho Radio interviewing social entrepreneurs based in the UK. 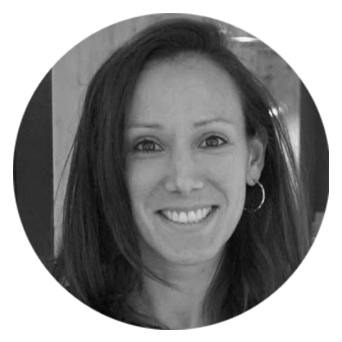 Rachel has over 9 years senior experience in leading the expansion, product and concept extension plans for brands in the UK and internationally. With a combination of advanced customer insight and commercial acumen, Rachel has a strong track record of developing a strategy and taking it from concept through to implementation.

Previously, as the International Head of Insight at Pret a Manger, she managed and implemented key customer insights for the Pret a Manger’s global business. Alongside, executing location and property selection processes and the planning and implementation of marketing campaigns in new markets and countries.

Previously, Rachel was the Head of Food and Beverage Development at Hotel Chocolat where she was responsible for managing the continual growth and development of the F&B business. Her remit also included leading the developments of new concepts for the company, site acquisition and ensuring that offer, marketing, communication, design and brand values were in line with their target audience. 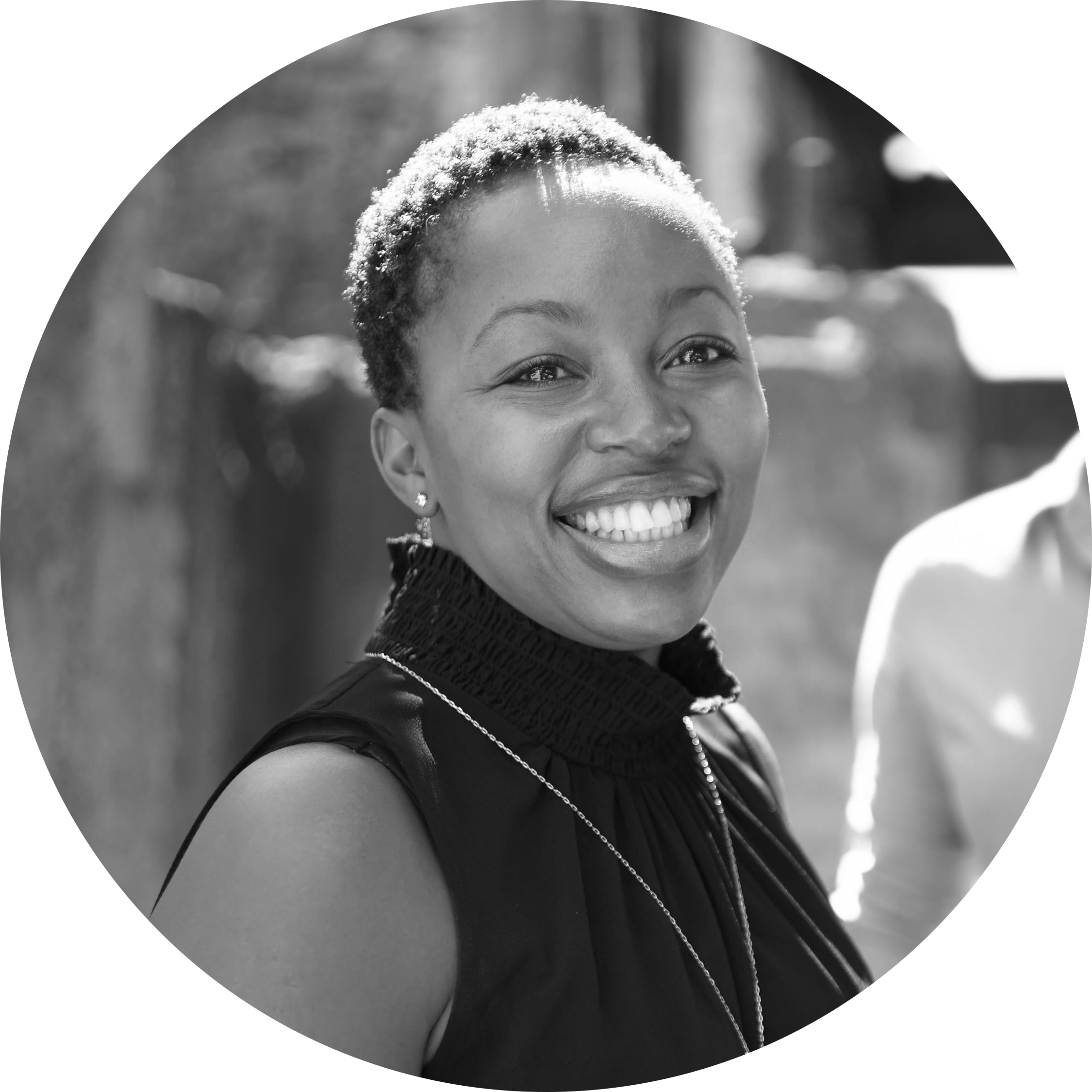 Nokwethu’s social entrepreneurship journey has been rooted in a passion for Early Childhood development. She has co-founded two social enterprises in Khayelitsha, South Africa.Lakheni and Everychild were established to provide support to ECD centres in informal settlements by being tools of agency in the hands of practitioners.

These ventures are pre-dated by her background in marketing, having worked as a Trade Marketer since 2001 for Motivation Africa and The Rewards Co.Here her work centred on building relationships between suppliers and retailers with a focus on the independent and informal trade.She has also served on the board and fund raising committee of women’s shelter, Sisters, which provides various services for abused women and their children.

She holds a Post Graduate Business Administration Diploma from UCT and completed her fulltime MBA degree at the UCT Graduate School of Business in 2014.Nokwethu is an optimistic realist with a rebellious talent for reimagining anything we accept as the status quo. 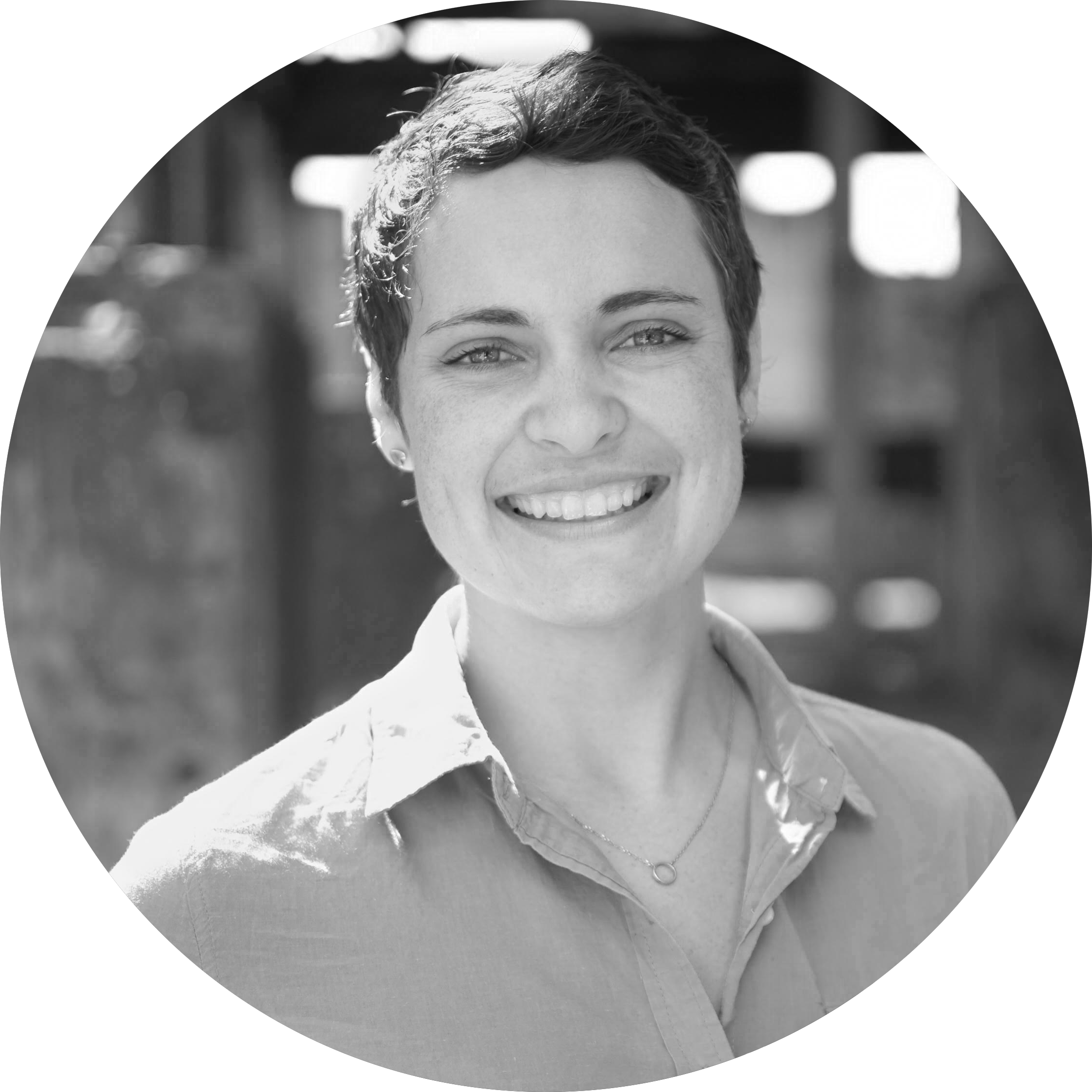 Lauren is an entrepreneur with a focus on social innovation in emerging economies. Before venturing into entrepreneurship, Lauren spent the first part of her career as a Professional Structural Engineer. Her projects included engineering pre-feasibility studies, feasibility studies and implementation projects for major mining and infrastructural developments in Madagascar and South Africa.

It would count as her first pivot that she moved out of technical engineering and into entrepreneurship as her preferred vehicle for societal impact.To this end she used her MBA at the UCT Graduate School of Business to develop a better understanding of the relationship between business and social innovation.

Over the last 5years, she has gone on to co-found two social enterprises in Khayelitsha, an informal settlement in South Africa with Nokwethu. Lauren is a free-spirited creative who thrives at the intersection of practicality and innovation.

MEET OUR IN COUNTRY LEADERSHIP